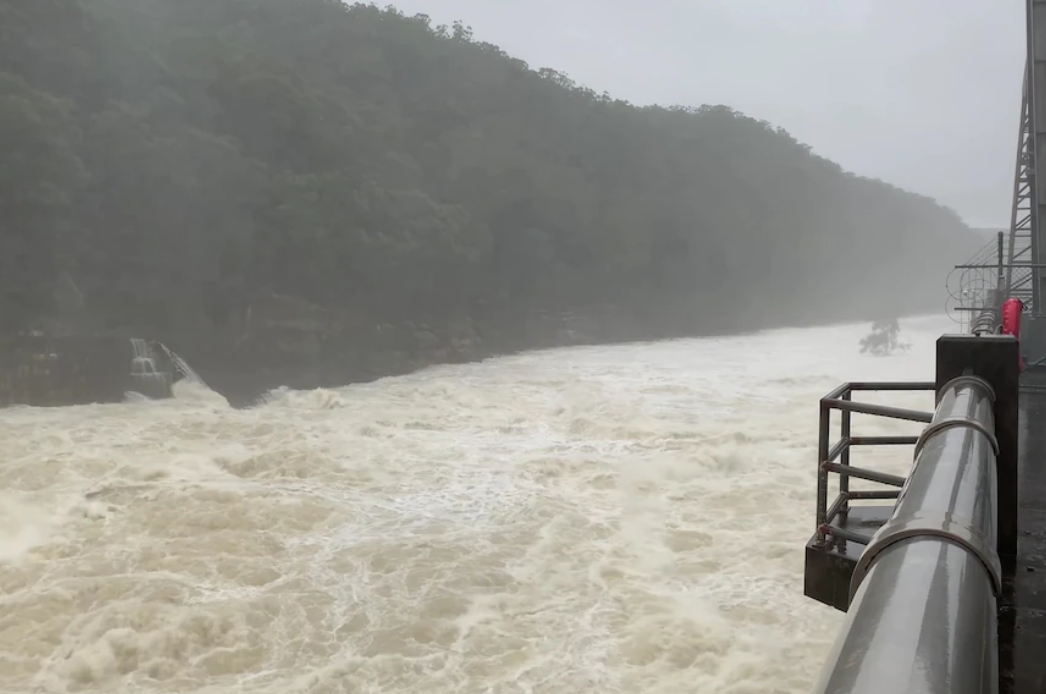 The flood emergency in Sydney's west has raised questions about whether more could have been done to alleviate the risks.

Warragamba Dam began to spill on Saturday, causing major flooding issues for Western Sydney suburbs like Penrith, as well as impacts downstream for Windsor, Richmond and surrounding areas where evacuations are taking place.

It's sparked renewed interest in a controversial plan to raise the wall of the dam by up to 17 metres.

What is the proposal?

Warragamba Dam is the main water supply for Greater Sydney and the NSW government wants to raise its wall by 14m, with 17m abutments at either end.

It would mean additional water could be held back in a large rain event, like what's currently happening. It would not be for storing more drinking water.

An environmental impact statement for the project is due this year, two years later than originally planned.

It was revealed in a recent NSW Parliamentary hearing that the project could cost as much as $1.6 billion.

Would this have made any difference?

It depends on who you ask.

Keep in mind that parts of Western Sydney have the highest flood risk in the state, if not the country.

Many people say that, in hindsight, these floodplains should never have been developed.

Infrastructure NSW's flood strategy states more than 130,000 people live and work on the floodplain, and that's expected to double over the next 30 years.

The Minister for Western Sydney Stuart Ayres, who's responsible for the dam project, said having the higher wall would have helped mitigate the impact of this flood.

"If we had a higher dam wall now the spilling of water that you're currently seeing would be reduced," he said.

This is refuted by Jamie Pittock from the Australian National University, who said raising the dam wall could encourage further development on the floodplain and put more people at risk in the future.

Mr Ayres denied that any further development would be allowed.

Why couldn't the government just pre-empty the dam?

As it stands, Warragamba Dam is only a water-supply dam.

Unlike the Wivenhoe and Somerset Dams in Queensland, it was never built to help mitigate floods.

Wivenhoe Dam can store an extra 2 million megalitres of water for flood mitigation, on top of 1 million for drinking water.

Stuart Khan, from the University of NSW's engineering faculty,  said the operation of Warragamba Dam over the past few days wasn't a failure.

"When we operate that dam by filling it up pretty much to the brim ... it sits about 97 to 98 per cent which is where it was going into this event," he told ABC Radio Sydney.

"That's what we consider an optimum level of water to have in that dam in terms of drink water supply security.

"WaterNSW are not authorised to pre-release water based on weather forecasts ... there's no discretion."

Premier Gladys Berejiklian and WaterNSW have claimed the dam would have to be emptied to 25 per cent to have held back the rain over the past few days, a statement which has been dismissed by experts.

Are there any other measures that could be useful?

There are several other suggestions to help mitigate the flood risk in the Hawkesbury-Nepean Valley, but the government said raising the dam wall was the most effective option.

These include lowering the permanent supply level of the dam, improving road networks to enable better evacuation routes and increased education for the local community.

Education and road upgrades are part of the NSW government's flood resilience strategy, but raising the dam wall is still the key project.

Professor Pittock is advocating for homes that are built below the one-in-100-year flood line to be moved into safer areas. He said there was about 5,000 of them.

It would be a huge undertaking, but when compared to the $1.6 billion it could cost to raise the dam wall, it may not seem so far fetched.

What's the criticism of the project?

The project has been plagued by criticism from environmental advocates and Gundungurra traditional owners who say they haven't been consulted enough.

Last year, the ABC revealed that as many as 1,200 Indigenous sites and artefacts could be damaged or destroyed, according to internal federal government documents, if the wall is raised.

The criticism was scathing and ordered the state government to re-do much of its cultural heritage survey work to better include traditional owners.

When the dam was first built in the 1960s, many sites were destroyed and traditional owners said they had already lost too much.

The extra water will also inundate bushland which is part of the Greater Blue Mountains World Heritage Area.

Late last year, the conservation outlook for the world heritage area was downgraded in a report on the back of the Black Summer bushfires.

The International Union for Conservation of Nature, which authored the report, also listed the dam project as a threat to the world heritage area.