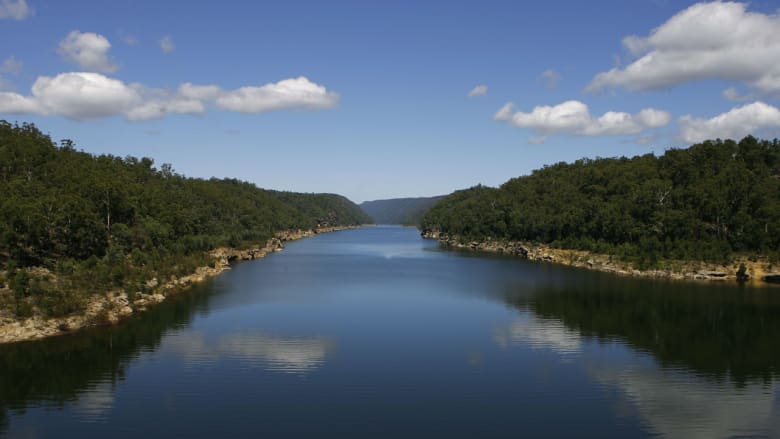 The Berejiklian government's controversial plan to raise the height of the Warragamba dam is likely to have "significant impacts" on threatened species in the Blue Mountains, the federal environment department has found.

The assessment – contained in a document released under freedom of information laws – of the plan to lift the wall 14 metres was made under the federal Environment Protection and Biodiversity Conservation act.
Warragamba Dam, which is about 60 per cent full, is being considered for a wall-raising that would flood part of the Blue Mountains World Heritage area.

The review noted the project aims to protect downstream communities in the flood-prone Hawkesbury-Nepean region of north and western Sydney. The wall raising would result in at least temporary inundation of parts of the Greater Blue Mountains World Heritage Area.

"The impact of increased flood water levels within the dam is likely to have extensive and significant
impacts on listed threatened species and communities and world and national heritage values of the [area]," the department said.

Harry Burkitt, a spokesman for Give A Dam – the group that lodged the FOI request – said the plan "must be shelved immediately".

"Flooding a world heritage site in a developed country like Australia is just not on," Mr Burkitt said, predicting "a relentless national campaign" to halt the plan.

A spokesperson for the Environment Department said the project – costed at $670 million in 2015 – would need a full federal environmental assessment before it could proceed. That assessment would be conducted by NSW on behalf of the Commonwealth under a bilateral agreement.

"The Warragamba Dam wall-raising project will be subject to rigorous environmental and cultural heritage assessment," a spokesman for Gabrielle Upton, the NSW environment minister, said. "Until this assessment is completed, it would be improper to comment further."

WaterNSW notes the project has been declared a so-called controlled action because of its "likely impact on matters of national environmental significance", including national heritage places and threatened species.
'Mockery'

Justin Field, Greens urban water spokesman, said the FOI disclosure undermined state government efforts to downplay the damage from inundation as merely temporary, and it should "come clean" about advice they have received.

"It makes a mockery of the Legislative Council's inquiry process that this briefing was not made available to the committee and the Parliament before it was asked to vote on a bill that would have significant impacts on the Greater Blue Mountains World Heritage Area," Mr Field said.

Chris Minns, Labor's water spokesman, said the FOI release was "yet more evidence that the NSW government has not been honest about the implications of this dam-raising proposal".

During the recent passage of the bill to allow flooding of as much as 4700 hectares of the World Heritage site, the government had "refused to release any internal documents concerning the impact of the legislation on the National Park and now we know why", Mr Minns said.

"It's time the government opened up the books and explained to voters how their proposal will damage one of Australia's most important landmarks."