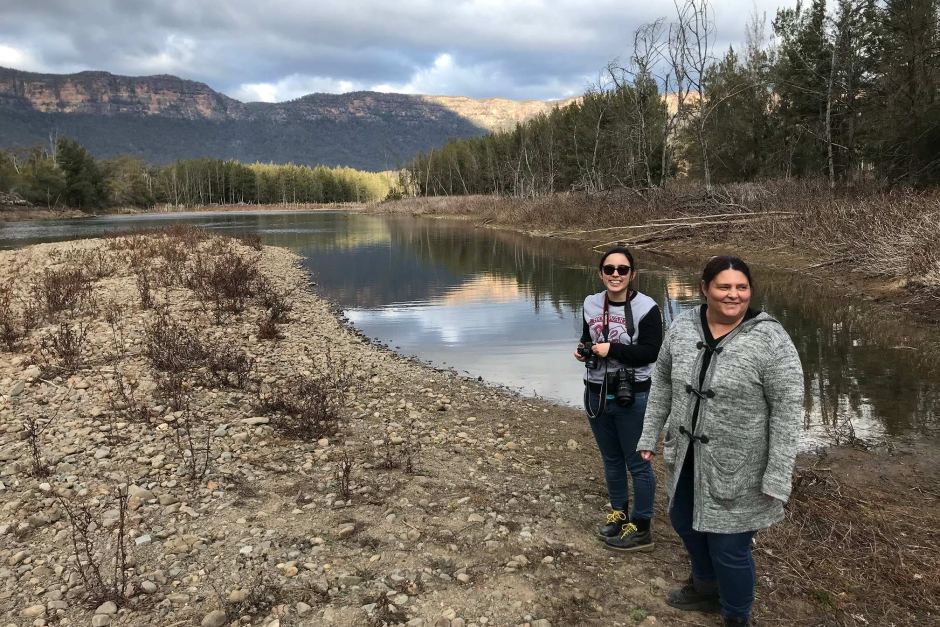 A traditional owner says the NSW Government has failed to investigate the discovery of a bone in a "known burial ground", uncovered during preparation work for raising the Warragamba Dam wall.

Gundungurra woman Kazan Brown said she was first told about the discovery in winter last year, but no further investigations have been done.

The ABC has seen photos of the bone but has agreed not to publish them for cultural reasons.

The NSW Government is planning on raising the dam wall by 14 metres to provide flood mitigation for high-risk areas of Western Sydney, at a cost of $690 million.

Environmental and heritage surveys began in May last year, to cover the 354-kilometre foreshore of Lake Burragorang — the body of water created behind the Warragamba dam wall.

Those surveys will inform the Environmental Impact Statement which will be assessed by the Federal Government.

Ms Brown said the bone was discovered during the surveys in an area of Lake Burragorang called "Big Flat".

"I have asked repeatedly for an update on the bones and nothing has been forthcoming," she said.

"As far as we're aware no one's actually investigated what type of bones they are.

"They could be animal but there's a high chance they're [human] because of the location — we know of at least 14 burials on Big Flat."

Ms Brown said the discovery would be significant for the Gundungurra people if it was proved to be human.

"Fourteen of my family members are buried on Big Flat so it's quite possible it's one of my ancestors," she said.

Archaeologist Wayne Brennan said he "wouldn't be surprised" if the bones were human, and it would be a "rare" and "quite significant" find as not much is known about the burial practices of that area.

He said a forensic anthropologist or similar expert would need to go to the site to see the bone in situ to confirm its origin, and then if it was human the police would need to be called in to establish a crime scene.

Traditional owners, including Ms Brown, have previously aired their concerns about Aboriginal sites and artefacts that would be flooded by a higher water level if the dam wall is raised.

The Warragamba Special Area is not open to the public and permission is needed to gain access.

Ms Brown said she has been refused access to photos of sites and artefacts from the surveys and feels "locked out of everything".

"What right do they have to keep my culture from me," she said.

"It's very hard for us to get in and out of there, which is very sad because it's hard to keep that connection with our country."

Minister for Western Sydney Stuart Ayres said if the dam wall was not raised "water would flood homes, businesses and community infrastructure, causing billions worth of damage", and referred the rest of the ABC's questions to Infrastructure NSW.

In a statement, a spokesperson for Infrastructure NSW said registered Aboriginal parties had taken part in the field surveys and would have the opportunity to comment on the full cultural heritage report once it was completed.

"The registered Aboriginal Parties work closely with suitably qualified archaeologists in the field to assess any relevant findings," the statement said.

NSW Greens water spokesman Justin Field — who took part in a parliamentary inquiry related to the plan to raise the dam wall — said "the Government and Infrastructure NSW has really paid lip service to the concerns of the Gundungurra people".

"I don't think that there's been sufficient time given to the archaeological surveys and, where things have been found, documenting them for the future," he said.

"We'll make sure there is every opportunity for Kazan and her group to access what they need because it is their ancestry, they have every right," she said.

Infrastructure NSW and Minister for Western Sydney Stuart Ayres have been contacted for comment.