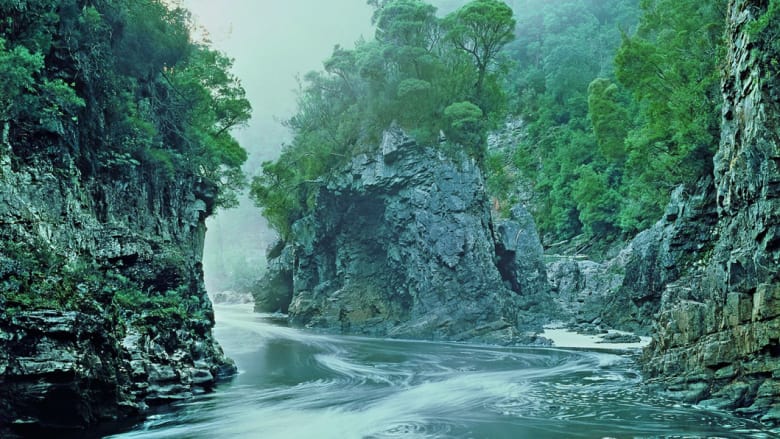 The NSW Greens say a public campaign echoing the successful rescue of Tasmanian rivers from damming in the 1980s is needed to preserve important Indigenous heritage sites and wild rivers on Sydney's doorstep.

The NSW government late on Wednesday secured support for a bill in Parliament that will allow the flooding of as much as 4700 hectares of World Heritage-listed Blue Mountains land.

The amended legislation was vital to allow the lifting of the dam wall of Sydney's main reservoir at Warragamba by 14 metres to help reduce flood risks in the Hawkesbury-Nepean rivers downstream.

At risk among the 65 kilometres of wild rivers is Kowmung, irreplaceable Aboriginal heritage in the river valleys and endangered species, Mr Field said. While close to Sydney, many of the areas are inaccessible to the public because they fall within Sydney's water catchment.

Stuart Ayres, the Minister for Western Sydney, has previously stated that lifting the wall would temporarily flood only 0.06 per cent of the World Heritage area, and help prevent "a catastrophic flood" in the fast-growing part of the city.

A spokesman for Gabrielle Upton, the NSW Environment Minister, said that to ignore the "huge risk" of flooding would be "simply irresponsible".

"The raising of the Warragamba Dam wall is not going to permanently increase water levels," he said. "Therefore, any impact on the environment is expected to be minimal and short lived."

"If a flood similar to the Brisbane 2011 flood occurred, 5,000 homes would be affected, 64,000 people would need to evacuate and $2 billion in damages would occur," the spokesman said. "The proposed dam wall raising would reduce flood damage by 75 per cent.

Labor and the Greens, though, have been critical of the lack of scrutiny of the plan. The business case for what could become a $1 billion project is yet to be completed, and the environmental impact statement [EIS] is not due for release until the middle of next year.

"Labor in government would investigate peer-reviewed academic alternatives to the dam wall raising, stop massive over development on the flood plain and appropriately fund evacuation routes as the SES has repeatedly demanded," Chris Minns, the ALP's water spokesman, said.

"{T]he Opposition has been told that the proposal will mean extended flooding in the valley as a result of the dam-wall raising," he said, adding that "only a completed EIS will inform future governments of this unintended but serious consequence".

Mr Field said the community "should be disgusted by the process" to date: "The government and conservative crossbench members voted for legislation when they have no idea about the full extent of the impacts of this proposal."

Harry Burkitt, campaign manager for the "Give a Dam" group, said there hadn't been such "a blatant disregard" for a World Heritage site in Australia since the Franklin Dam proposal almost four decades ago.

“Western Sydney communities don't want to see an additional 134,000 extra people living on western Sydney floodplains, and people don’t want to see a World Heritage site destroyed by a dam," Mr Burkitt said. “This may well be the Franklin campaign of this generation."

A proposal in 1978 by the Tasmanian government to dam the Gordon River in that state's south-west drew protests at home and abroad, inspired in part by images taken by photographer Peter Dombrovskis.
The image that helped save a river: 'Morning Mist' at Rock Island Bend on the Franklin River in Tasmania.

The image that helped save a river: 'Morning Mist' at Rock Island Bend on the Franklin River in Tasmania.Credit:Peter Dombrovskis

The Hawke federal Labor government succeeded in blocking the plan after a battle in the High Court.