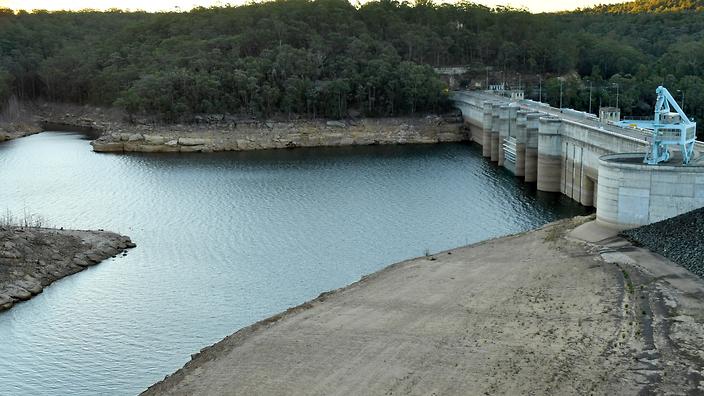 Traditional Owners from Western Sydney’s water catchment region say vital Aboriginal cultural sites will be destroyed if a state proposal to raise the height of the Warragamba Dam goes ahead.

Aboriginal cultural sites will be destroyed if a state proposal to raise the height of the Warragamba Dam goes ahead in Western Sydney’s water catchment region according to Traditional Owners.

The $1 billion project  has been put forward as a means to mitigate natural disasters and to guarantee further water security for the greater Sydney region.

Wildlife, conservation and Indigenous groups have all raised concerns about the expansion, which could see water levels increase by up to 17 metres in some parts of the World Heritage Listed area during flooding events.

Traditional Owner Kazan Brown said she is worried her culture will be erased.

“Everything behind the dam wall is at risk, we’ve got a lot of Indigenous sites, a lot of European ones as well and a lot of flora and fauna, that sort of stuff, endangered animals that are going to be impacted,” she said.

Ms Brown, a Gundungurra Woman, said that much was lost when the area was originally dammed and now access to the region's significant sites has also been curtailed.

“We’ve already been cut off from our cultural sites, this is just like another nail in the coffin. It’s just going to wipe out what’s left basically. When they first put the wall up there was like 80 per cent of sites destroyed and we don’t want to lose anymore.”

Environmental Impact studies, Cultural Heritage Assessments and a community consultation period have all taken place however, Ms Brown says they have all fallen short

“We’ve had a lot of issues with the Environmental Impact Study, the way it’s been done. As Traditional Owners we feel as if we’ve been shut out of the process. The report was all scientifically based and had no Indigenous input into it at all."

Ms Brown added that the surveys were incomplete.

“Only a quarter of the area was done and that’s a pretty big area, so a quarter is not much of that at all. From the beginning we’ve had issues,” she said.

The Insurance Australia Group (IAG) is a major supporter of the expansion. Traditional Owners and other advocacy groups will plead their case to relinquish that support via the launch of a resolution they plan on producing at IAG’s Annual General Meeting on October 23.